Do they Say you are Oversensitive? 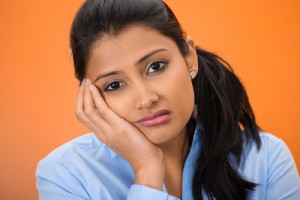 Can Meditation Affect your ‘Oversensitive’ Nature?

Being labeled oversensitive is common and it is an easy way to discredit some important feelings a person may be having. This can happen when you have strong feelings about something and another person doesn’t want to honor how you feel.

The ‘oversensitive’ label is tossed out implying you are being too ‘touchy’ about whatever is happening and it would be best if you kept quiet and just got over it.

I have counseled many people who struggle with integrating their feelings. Many are familiar with being labeled oversensitive but this is rarely the correct way to describe what is happening. In this post, I want to discuss what is likely happening beneath the surface of this label.

Above all, I teach students that all feelings are correct. This means that when you have a feeling, the feeling itself is not the problem. The feeling is a signal from your inner being to your body and mind that something is going on and needs your attention.

Two of the hardest feelings that people face regularly fit into the category of anger and fear (or anxiety). Most people wish they didn’t feel angry or anxious hardly at all. but if you do feel one of these, it means something needs your attention.

By allowing space for your feelings, you can move through them faster and with less down time. It helps to develop a process and this is possible while in meditation. You can examine and leave room for your feelings while meditating.

This doesn’t automatically resolve or curtail the feeling. It simply allows a safe, quiet space where you can examine what happened and understand why the feeling has come up. And most importantly, you can validate the feeling meaning accept that it has a meaningful purpose.

What happens very often is that a person has no process to examine their feelings and thus in an attempt to get away from the feelings, they take unconscious action. This action may be seen as expressing their anger inappropriately, creating a scene, pouting, withdrawing from others, freaking out and on and on. These are more traditionally known as ’emotional reactions’. They are responses to the emotion that are unfiltered without the proper time given to understand why the feeling has come up.

If you are someone who frequently reacts emotionally, more rational people may see you as oversensitive. They make this assessment because in comparison to themselves, you react much more intensely to situations that don’t phase them nearly as much. In this case, the correct assessment isn’t being oversensitive but being too quick to react.

Over my years as a Priest and meditation instructor, I have come to recognize that in our natural state as human beings with a soul, we are incredibly sensitive! We feel so much. We can feel hurt by the slightest gesture that has a twinge of meanness in it. Any slight sarcastic jab can also wound people. And for those with a conscience, any time they act against another person in any way, they can feel remorse, sadness and if not checked, tremendous guilt.

I can confidently say that everyone should be really sensitive. This is only to imply that being aware of your feelings means you are living in greater touch with your true soul nature. However, chronic dramatic reaction to the situations that stir emotion will lead to social problems or, in the case of very introverted people, self loathing and depression.

The reason introverts steer towards depression is that they may lack the confidence to express their negative feelings or if a ‘people pleaser’ not want to risk upsetting the other person. They bottle up the negative feelings and in due time, their emotional system rebels against them and they feel shut down.

If you are often label oversensitive, it will be very helpful for you to develop a strong relationship with your feelings. You will be relieved to realize that you feel what you feel for valid reasons.

Your soul is communicating how you interpret the various situations going on in your life. Where you may need to do some work has to do with your interpretation of what happened. I will demonstrate with a couple of examples.

Let’s say the person you are in love with had promised to go with you to an important event, for example to your best friend’s graduation ceremony (she just completed a graduate degree at the age of 36 and you want to celebrate with her). While you knew your partner wasn’t super excited about getting dressed up and going, he said he would. But 2 days prior, he is offered amazing seats to see his favorite sports team play their arch rival. Of course he would have a lot of feelings about this dilemma.

He casually tells you at dinner that he can’t make it to your friend’s graduation because a friend of his is in a difficult emotional state and he feels going to the game with him is really important. In essence, he is saying ‘You want to be there for your friend. I’m doing the same for my friend. I’m sure you would understand.’

The problem is that his response is not honest. He is twisting the truth in order to justify what he really wants to do even though it breaks the agreement with you. If you feel your blood begin to boil, does it mean you are oversensitive? No. It means you are reading his dishonesty and your soul feels violated as anyone would when they are being manipulated.

But you know if you start to argue about it, he will roll his eyes and call you oversensitive. In essence, he will dismiss himself from the argument and you’ll be left feeling really bad.

This is a relatively basic if not common situation as far as couples learning how to give and take within their relationship when strong feelings come up. The solution comes down to each person having a process before taking action unconsciously. When the guy was offered the tickets, he probably felt excitement, a desire to go to the game and a frustration about his prior commitment to his partner. He may also have felt anger and resentment at having to do something he didn’t want as well as feeling trapped that there was no way out. That’s a ton of inner activity!

If he was able to meditate and sit with the feelings, he could allow for each feeling to come up and in due time, he would realize that he didn’t want to go to the graduation because he really wanted to go to the sports game.

This dilemma was causing all these feelings to come up. Depending on the kind of person he was, he might decide to let the game go because he knew how important the graduation was to his partner and her friend. Yes, it would hurt to miss the game but after sitting with it, he felt honoring his promise was the best thing to do.

Another option would be to approach his partner and share his dilemma. He could present the situation and ask if they could talk about it. Tell her he was having a lot of feelings and was hoping there might be a way for him to go to the game that she felt ok about.

Instead, sensing a bad reaction, he tried to fabricate a story that was manipulative and put pressure on his partner to let him off the hook. And for good measure, blame her for being too sensitive.

From her end, she is being lied to and on top of that, her partner is breaking his promise, something that is really important to her. Of course she is going to have a lot of feelings about it. But her flying into a rage and yelling at him is no help. Neither is sulking and withdrawing in an angry and depressed state. The way out of this situation begins with a process to deal with the feelings. I recommend that she sit in meditation and one by one, examine her feelings.

Her anger is valid because she knows he is not being honest so first he is lying and second it is demeaning to her soul to be lied to. Second she is hurt and angry that he is breaking his promise not to do what he said and finally she is shamed into thinking her intense reaction means she is being oversensitive. This could take some time in meditation to unravel and see clearly. Seeing it all clearly also doesn’t mean it all resolves promptly but it does allow her to slow things down and realize why her feelings are so strong.

Once she has calmed down, I would suggest she approach her partner and try to talk about the situation maintaining calmness. She could express why she felt angry and her suspicion that he wasn’t being straight forward with her.

If her partner was in touch with his feelings, he could own that he was worried about her reaction and so created a story to help him get out of the graduation. With people owning their truth, they could talk about what would be the best way to proceed, as well as apologize for any actions that weren’t honest.

Granted, this isn’t always easy. In counseling couples, people can be on hairline triggers to intense anger and frustration. Once those feelings are stirred up, it can be very hard for one to hear the other, let alone arrive at a resolution that both people can accept.

This post is about being called oversensitive. Begin to think of it more accurately as a state where you react emotionally without conscious assessment of what is going on inside you. It can tax friendships and social environments (including family) when you don’t do this inner work.

Seek out a meditation practice that teaches you how to drop into an inner state and become aware of how you feel. And once there, how to sort through the various narrative stories your mind can make up to explain your feelings. Often, these narratives are not true and can inflame the situation. The truth, when seen will liberate you to act accordingly.

Meditation, when used as a tool for inner contemplation and integration of feelings and emotions will greatly reduce stress, anxiety and bad reactions caused by difficult situations. And since difficult situations are part of a normal life, the sooner you begin using meditation this way, the better.