Does Creative Visualization Really have any Effect or are we being Sold a Bottle of Snake Oil?

There are lots of exciting internet articles discussing the technique of Creative Visualization. Reading all this stuff can definitely get you excited about what is possible. The idea is that you can sit in meditation, relax your being substantially and then use the mind to create visions of what you want. This can include seeing yourself playing better tennis, getting to a new level in a video game, wining a series of new accounts to see your business succeed, losing weight, attracting a romantic partner or any kind of material world success you desire.

Creative Visualization is also promoted as a way to change behavioral patterns. If you want to be less depressed and more productive, see it in your mind’s eye first, you are told. If you can imagine yourself to be free of anxiety and thus bolder in your day to day life, begin by visualizing yourself acting this way. According to the teaching, reality will follow what the mind sees. Again, it all sounds very hopeful but perhaps you want to have a little proof before getting started.

I can tell you from close to thirty years experience in investigating creative visualization, guided visualization or jsut plain visualization that this phenomenon is very real. And even after so many years of experimenting, tweaking my approach and finding surprising success, I still can’t tell you exactly how it works. I can tell you it does work and more importantly, I can teach what works and what doesn’t. I can even do a decent job to explain a little about the science of what happens.

I was always a person who tended to believe in spiritual stuff. I liked getting psychic readings and wanted to learn how to do it so I attended the Berkeley Psychic Institute while in my 20s. I developed some ability and went on to study the Tarot which became my vehicle for giving psychic readings. I was very curious about out-of-body travel and went to several retreats trying to learn the techniques. Here too I had some success in experiencing unexplainable events while sleeping. Through all the things I tried,  it became evident that matter as we thought of it was multi-layered. There were levels of reality including a material level as well as an energetic level also known as spiritual level. The spiritual level of matter could influence the material level much easier than the other way around. Things tended to originate in the spiritual and manifest in the material. 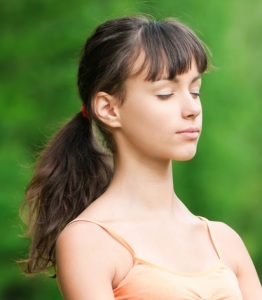